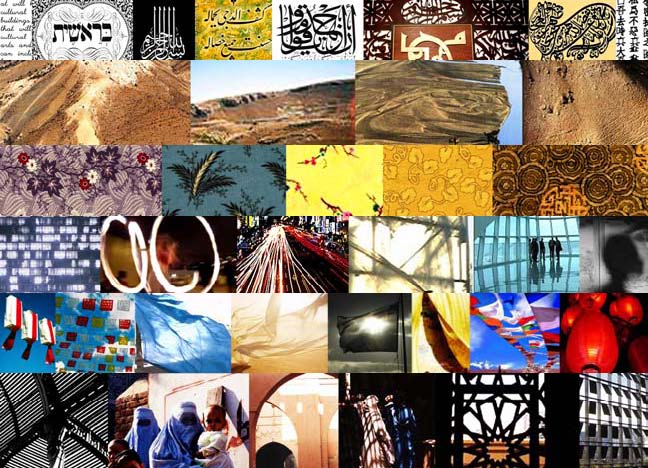 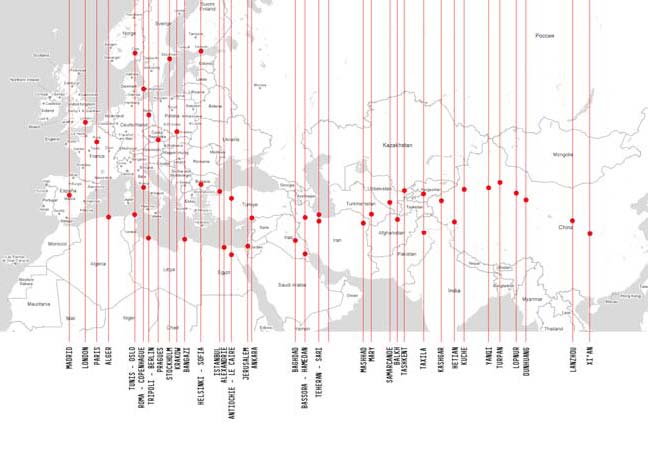 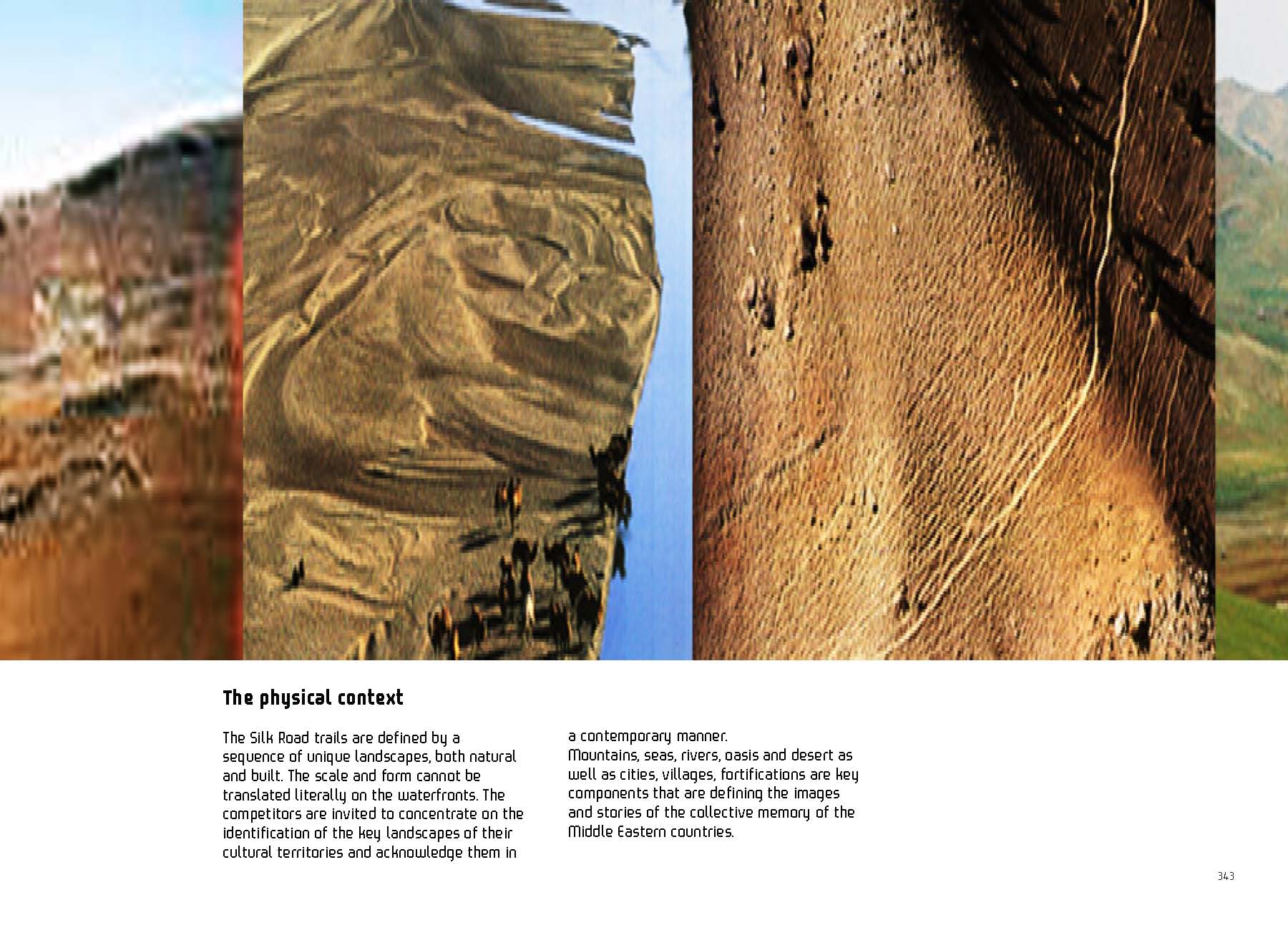 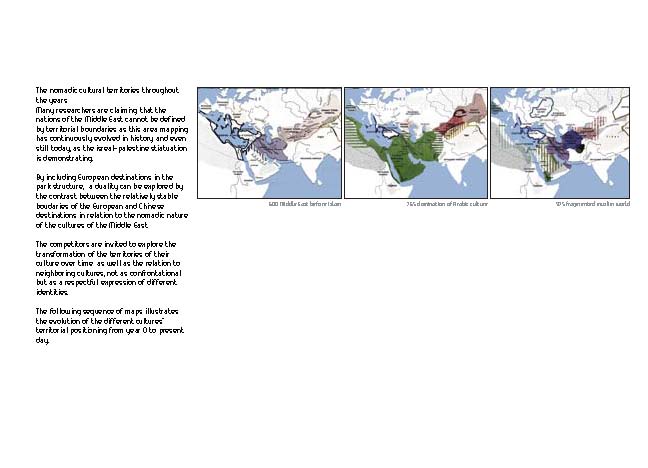 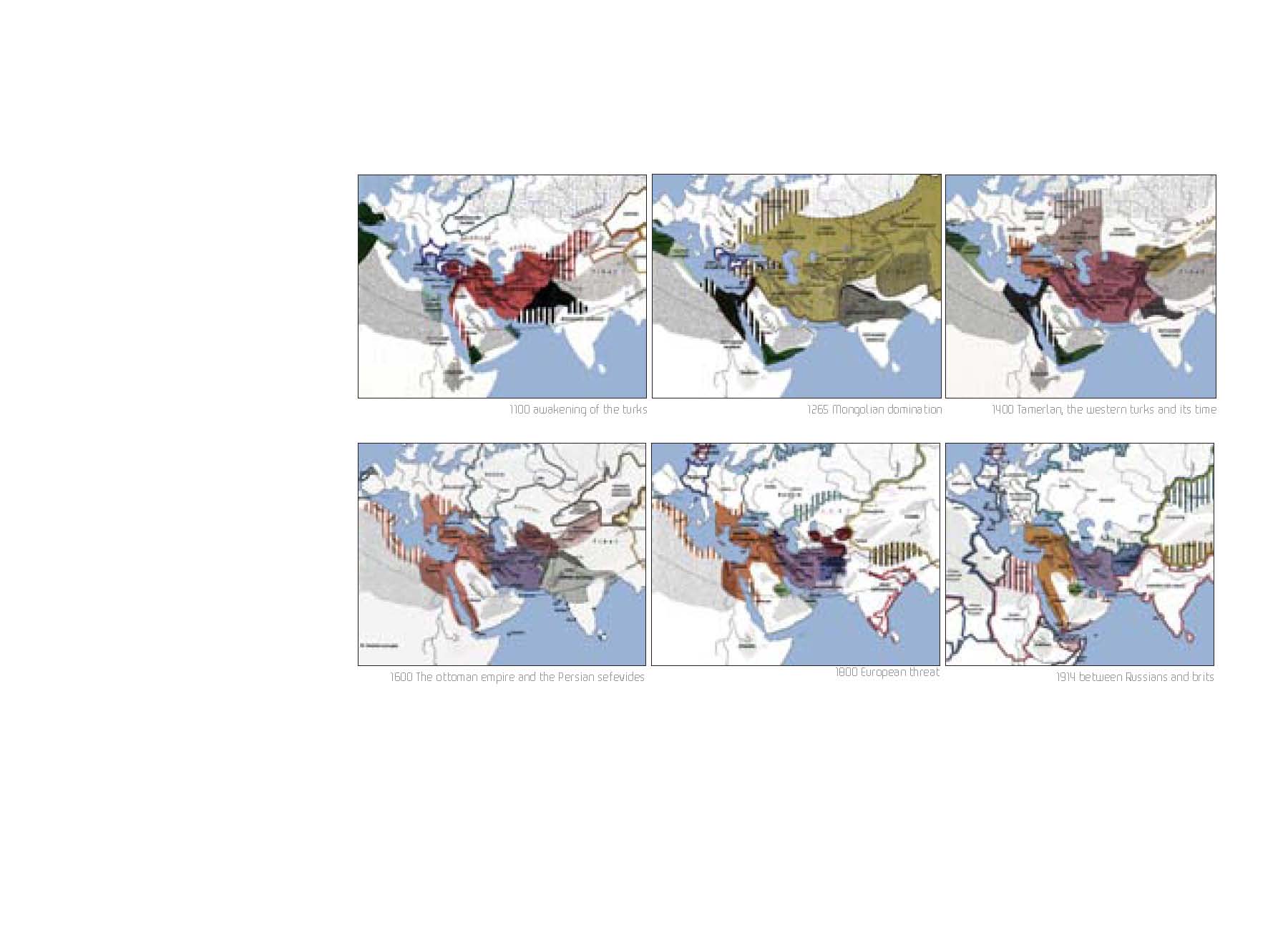 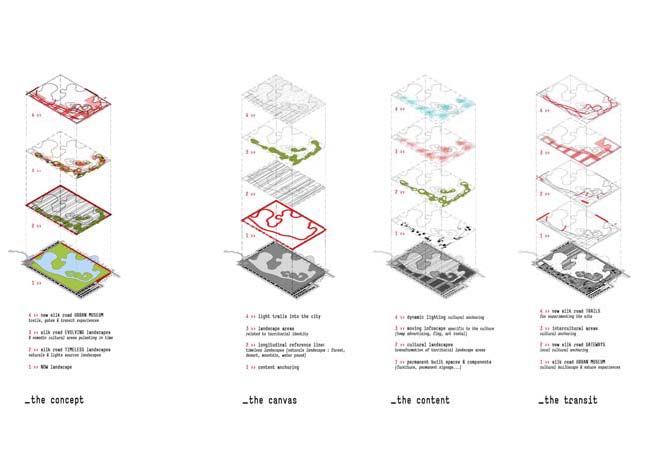 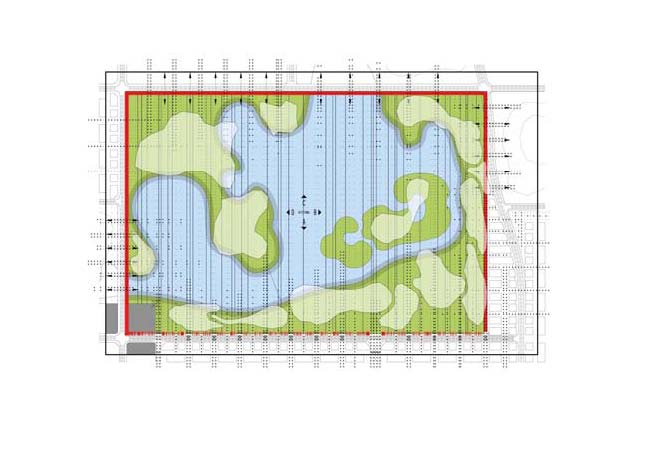 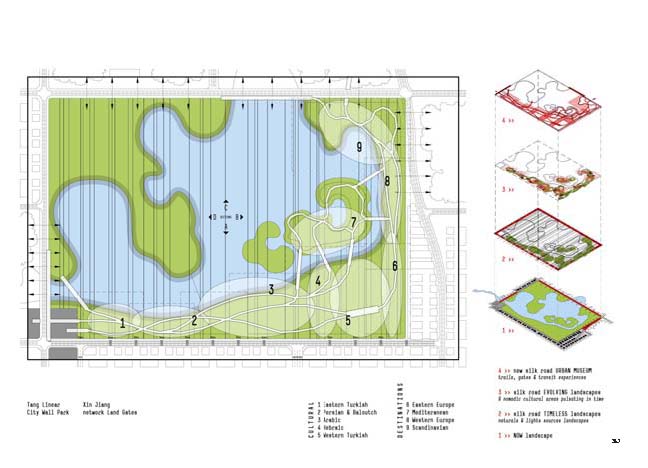 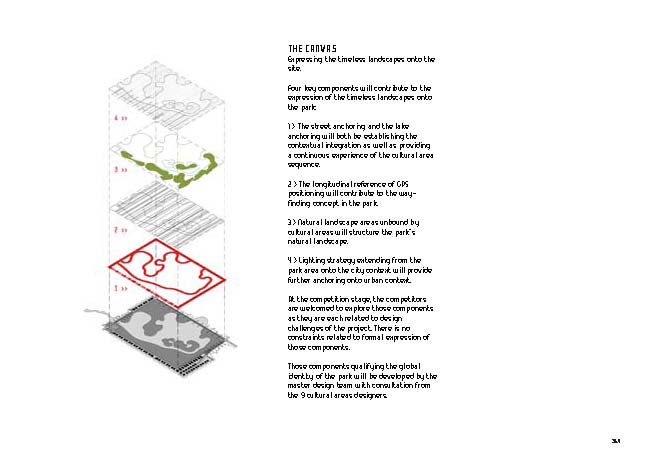 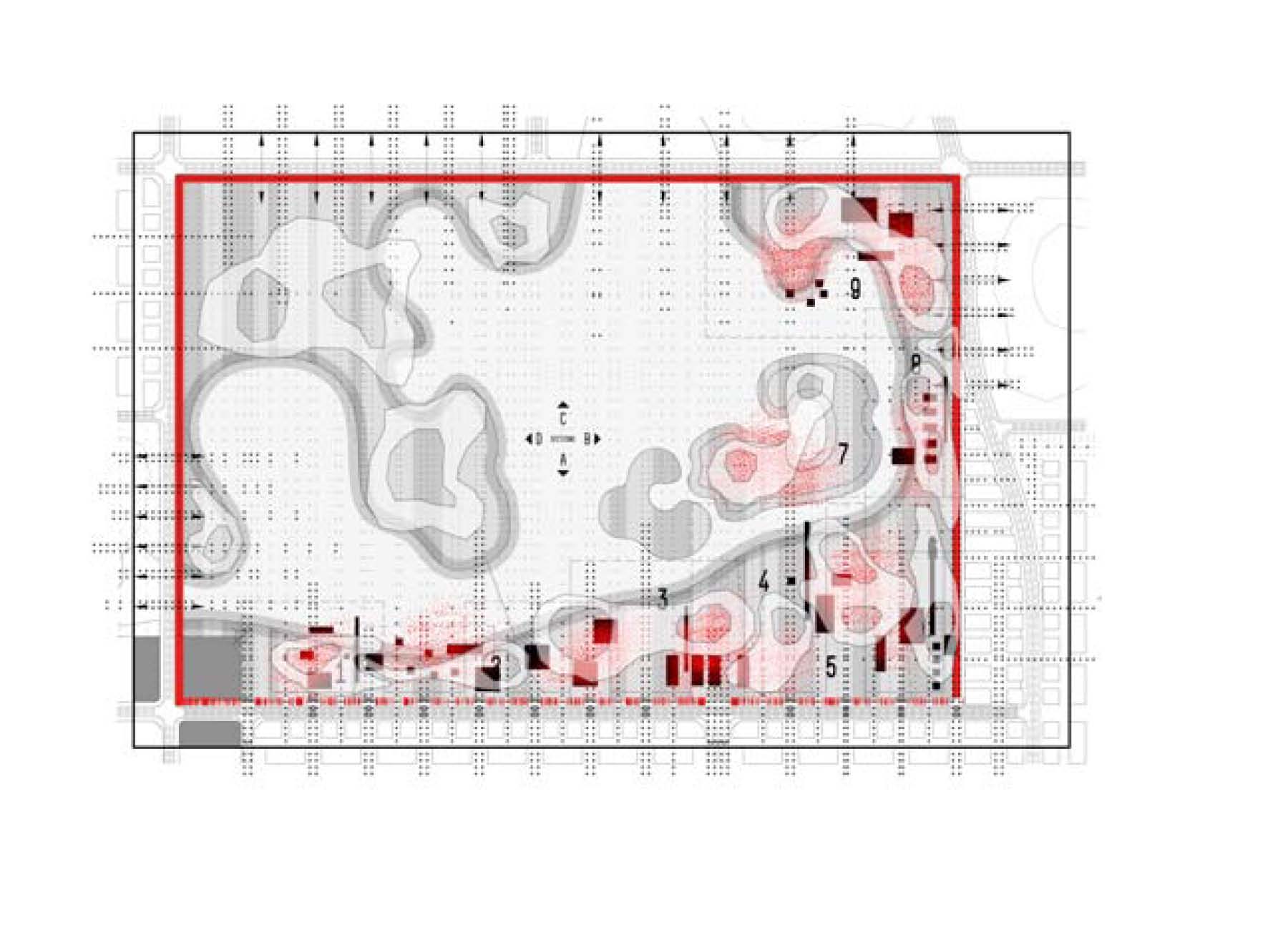 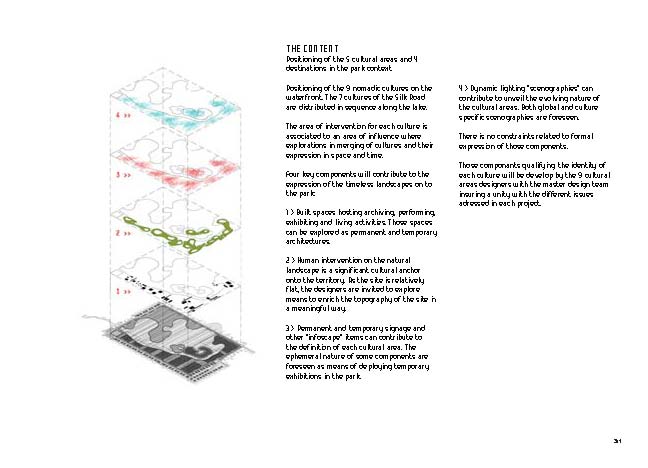 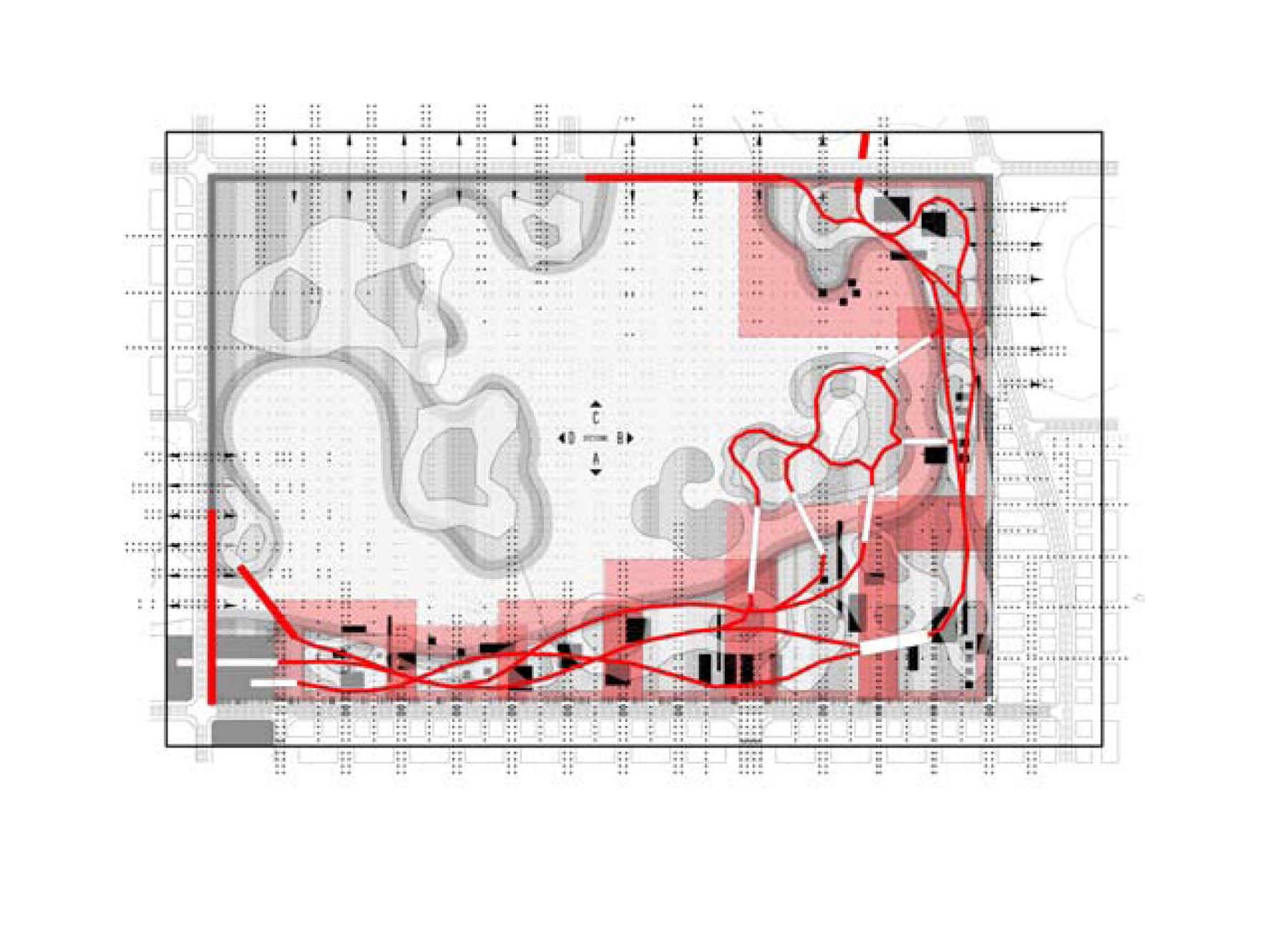 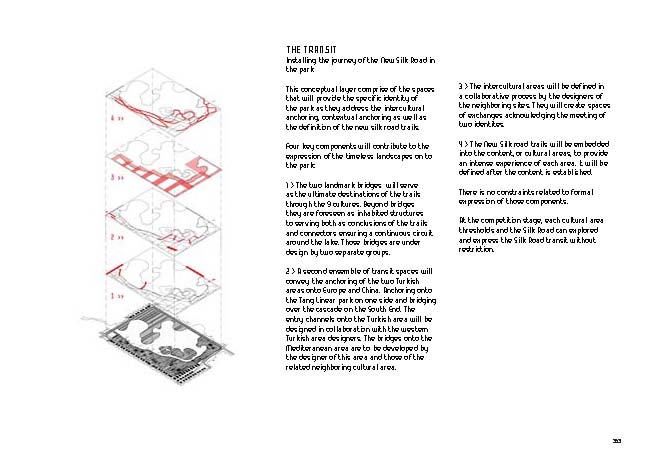 A project that took us 2 years and 14 trips across the world with the goal of creating a meaningful park dedicated to the history of Silk Road cultures. We designed a concept which structured relationships between various cultural areas. An international competition was held to select an architect and cultural advisers for each area. The competition included Fuksas architects, Snohetta, Work AC, David Chipperfield and Big City. The challenge included overlapping neighbouring sites to included in the process collaboration between cultures.

The project was stopped by the new mayor in 2008 and a traditional version of a Tang dynasty garden was instead built on the site. We are currently working on having the design built at another site.
Place: North lake
City: Xian, China
Date: 2006
Client: City of Xian
Team: Liu Kecheng, architect + Intégral Jean Beaudoin ( Jean Beaudoin, Liu Kecheng, Chang Haiping, Charles Gignoux, Andrey Dimitrov and Amélie Bilodeau )
Status: Étude